Every once in a while a bike comes out that redefines how we see the mountain biking world. Evil Bikes The Following is one of these bikes. An efficient, mid travel, slack, hard charging creation that may forever change the way you see 29’ers.  Thanks to Over the Edge, Sedona, MTB-Vacations.com had a chance to throw a leg over The Following on a January mountain bike trip to Sedona, AZ, one of the best mountain bike vacation destinations in the U.S. 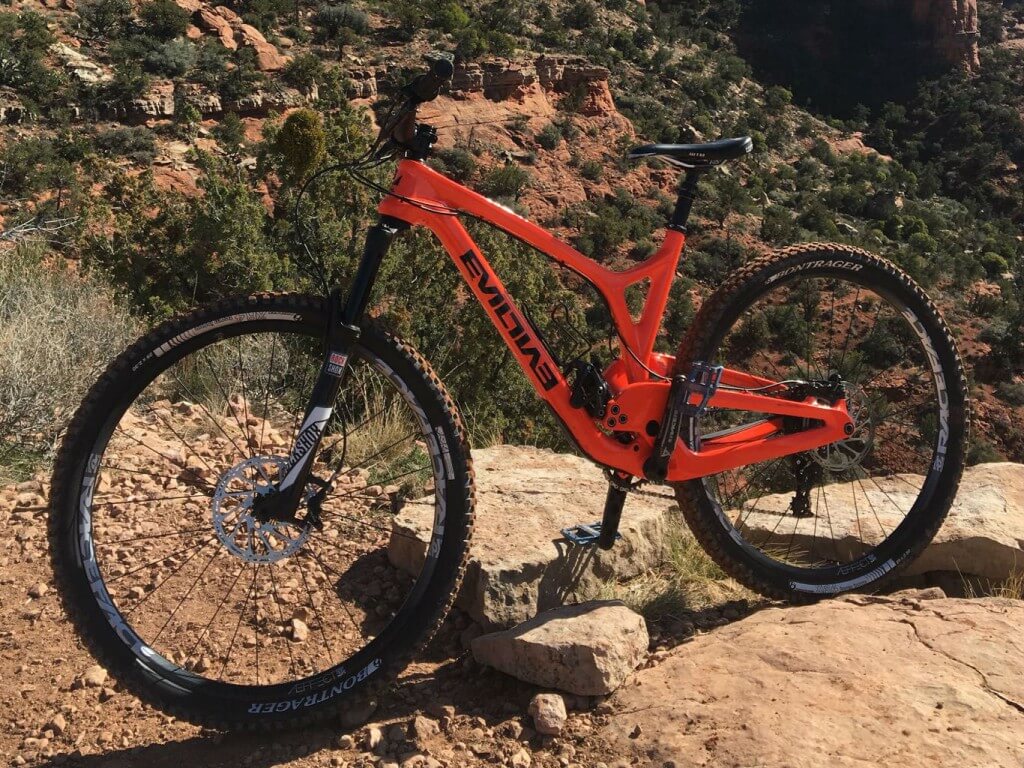 Evil Bikes The Following at the top of HiLine in Sedona

Upon arriving in Sedona, it was clear that the area had recent snow and the trails were a bit too wet to immediately pursue. Putting our patience to the test we held out a few days and explored the area before arriving at Over the Edge to pick up our demo. The shop was just finishing up the build when I arrived allowing some time to chat it up with the OTE Sedona crew and get some insight into the bike. OTE explained they are one of the few Evil Bikes demo centers in the U.S. and that after riding the bike, some from the shop pulled the trigger and made the bike their own go to ride. That’s quite a statement given the quality of bikes on the market today.

After grabbing the bike, I rushed back to the condo in the Village of Oak Creek, threw on my gear and headed straight towards HiLine trail, one of the most heralded trails in Sedona. As I pedaled my way along, I started to question why I was headed to such a challenging trail as my first ride of the trip. Those thoughts faded away as I quickly became accustomed to the bike. The first thing I noticed is how well the bike fit me given that at 5’10” tall, I’m typically smack in the middle between a medium and a large sized frame. The large Following felt right at home and allowed a comfortable climb towards the top of HiLine without having to sit on the nose of the saddle. The other things I quickly noticed was an exceptional level of traction coming from the DELTA link rear suspension that also offered a remarkably efficient pedaling platform. I increasingly found myself out of the saddle, standing and hammering for prolonged periods in a way that isn’t likely to happen on your typical 150-160mm trail bike. 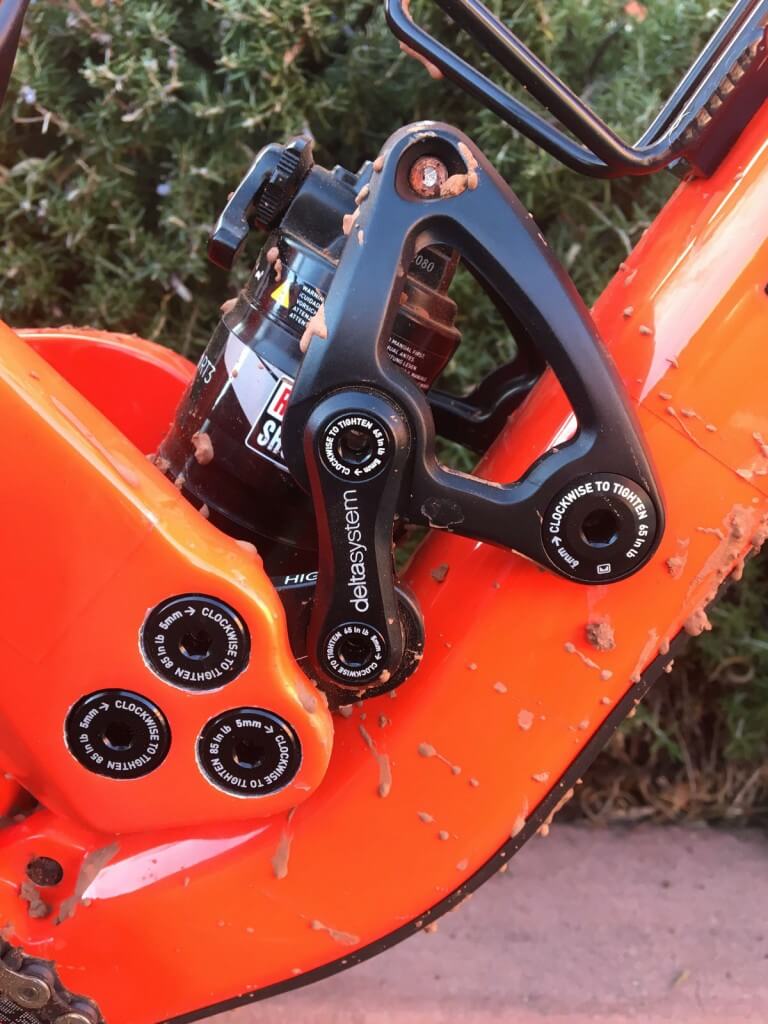 Once at the top of HiLine, and after stopping to take in the natural beauty surrounding me, I had my first real opportunity to point the bike downhill on the tight, technical trail in front of me. The bike did not disappoint. I quickly found myself pushing the bike harder into narrow lines and corners. The bike easily manualed over depressions in the terrain and flowed over obstacles in a way that underscored the design and intent of this modern 29er platform. HiLine is no joke but The Following was as ready as its pilot and left me smiling all the way to the bottom. That smile persisted as I pedaled back to the condo on the Slim Shady trail, climbing over ledges on the ascent and pushing hard into every corner and dip I could find on the downhills.

The Following is a highly capable, affordable platform that is turning heads across the industry. If you are in Sedona, and you should definitely find your way there, stop into Over the Edge Sedona and demo The Following for yourself. You’ll be glad you did. 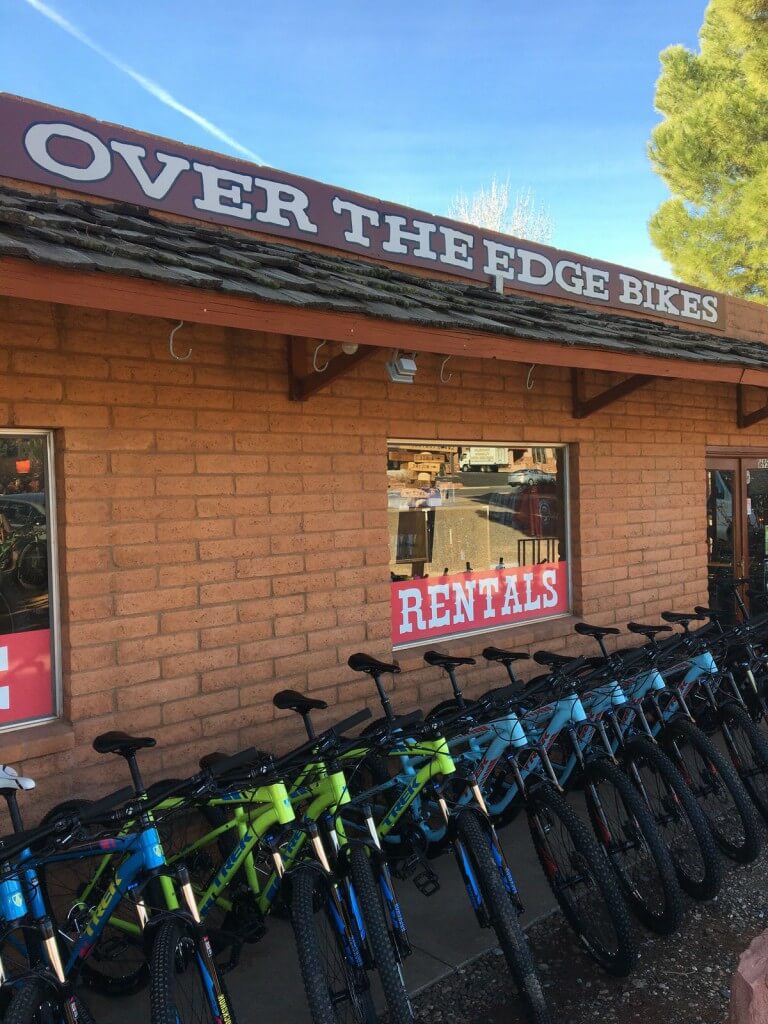 Over the Edge Sedona is an Evil Bikes Demo Center